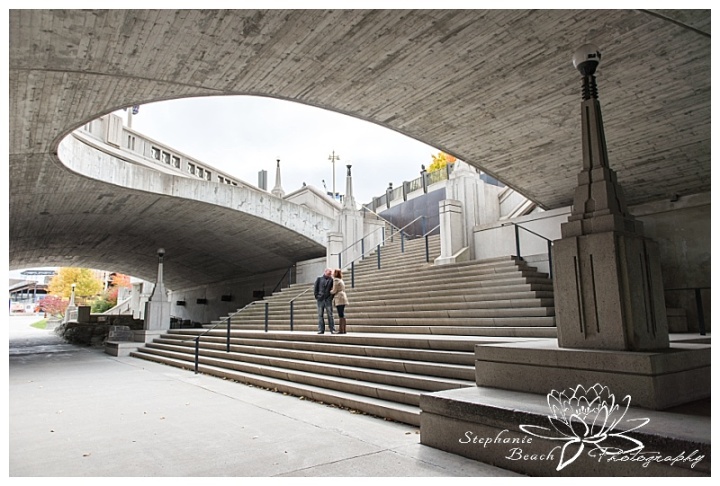 Ottawa photographers really are such a lucky bunch as there are so many wonderful locations in and around this city. We are even luckier when it comes to our downtown core, as unlike most city centres, our is full of great urban scenes with an abundance of nature mixed in. So when Rebecca + Keith wanted an engagement session with both an urban and rural feel, there were definitely no issues accommodating.

Now with that said, the first location we were planning to use was definitely all nature as it was a gorgeous forested area that I fell in love with while I was driving around one day. Full of winding paths and colourful trees, it would have been lovely. But Mother Nature had a thing or two to say about this plan and we ended up postponing the session which inevitably meant moving it to a spot that would look less sparse given that most of the leaves had fallen. But honestly, this session couldn’t have worked out more perfectly!

Rebecca + Keith were just the absolute cutest together! And since Keith had flown in for the day to be a part of the session, the fact that they hadn’t seen each other for a little while definitely helped as I don’t think they had any problems cozying up to each other all session long. Although him having to fly in for the session did have me worried for two reason: 1. I felt bad that the was spending all that time and energy flying to and from Ottawa in the same day (although this was lessened when I was reminded that he works for the airline); and 2. It necessitated a midday engagement session. Now the middle of the day isn’t a bad time or anything, but it is an abundantly bright time of the day and if it is a particularly sunny day, you end up trying to find shaded areas for most of the sessions so you have nicer light and less squinty subjects.  Fortunately for us, the clouds helped us out for most of their session and we were able to run around Major’s Hill Park and Parliament Hill without too much harsh light.

In the end though, I don’t think it would have mattered what the weather was like during Rebecca + Keith’s engagement session as I truly believe they could have made any scenario pretty darn awesome. They were an absolute blast to work with and the love they share is not only clear to see but also a joy to capture. I am so excited to capture it again on their wedding day next year!! 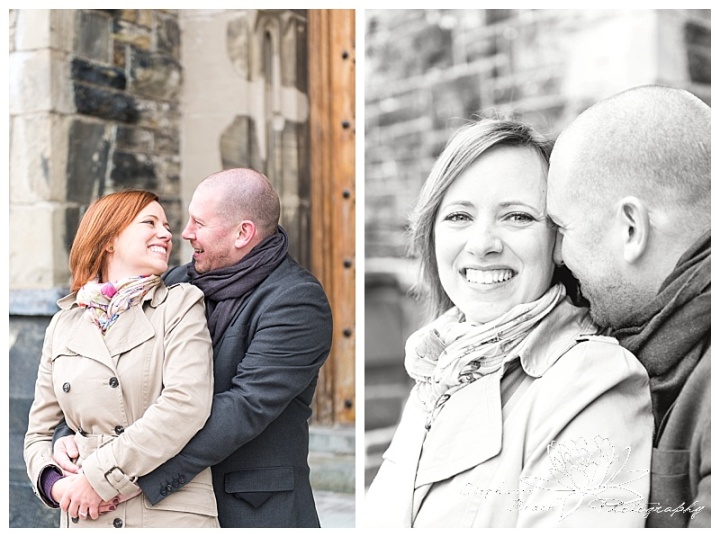 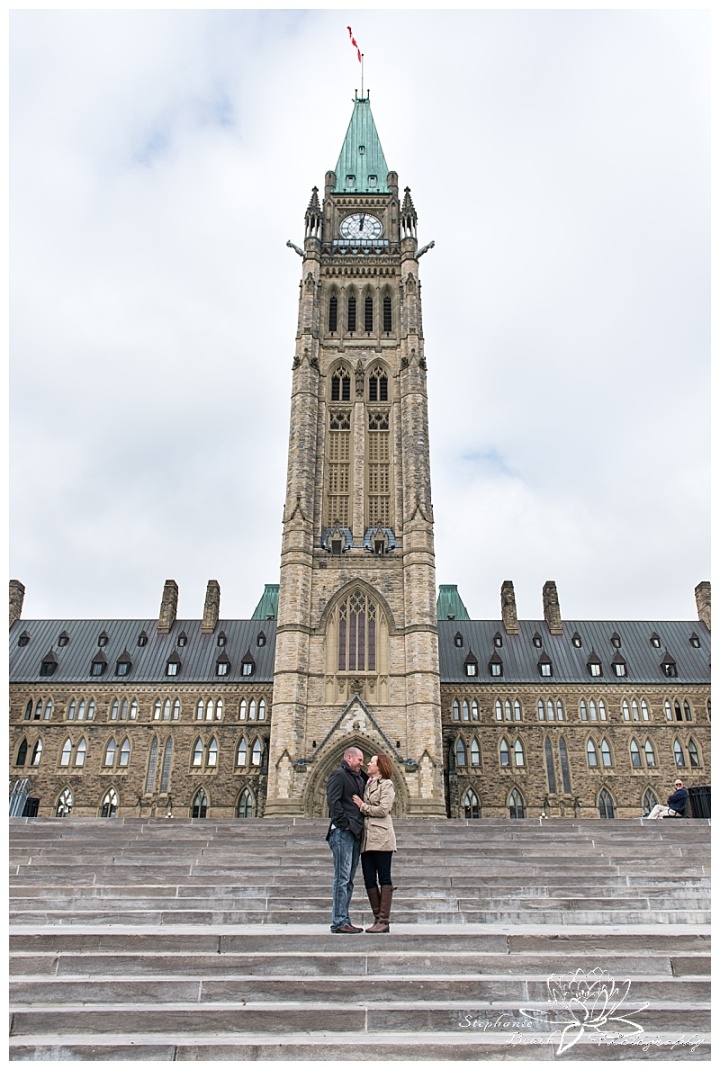 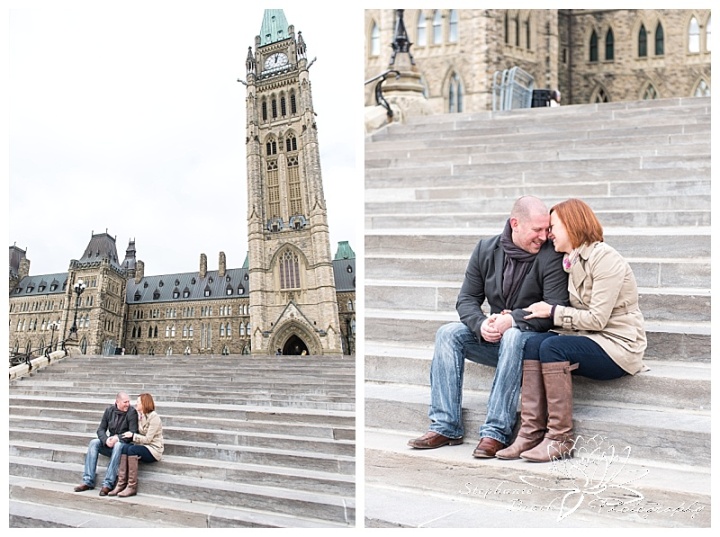 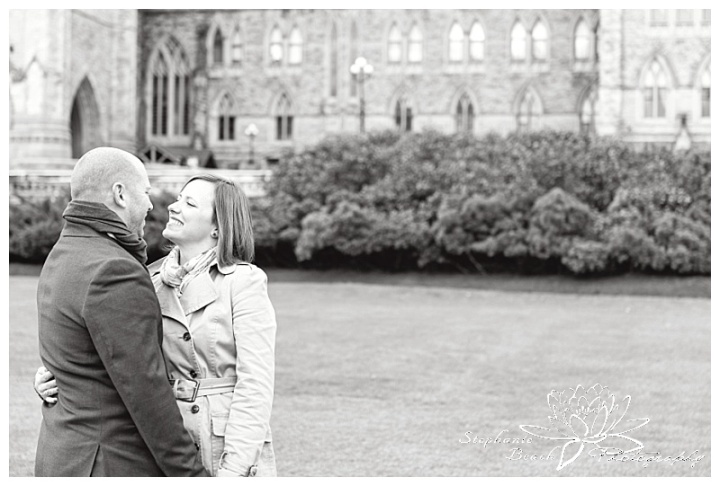 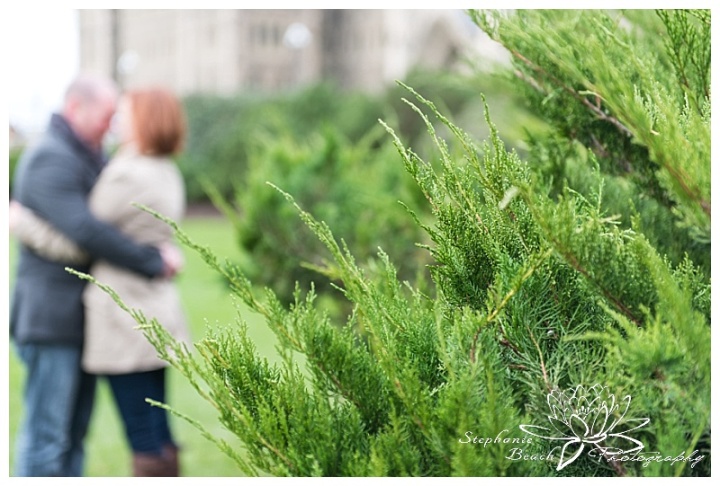